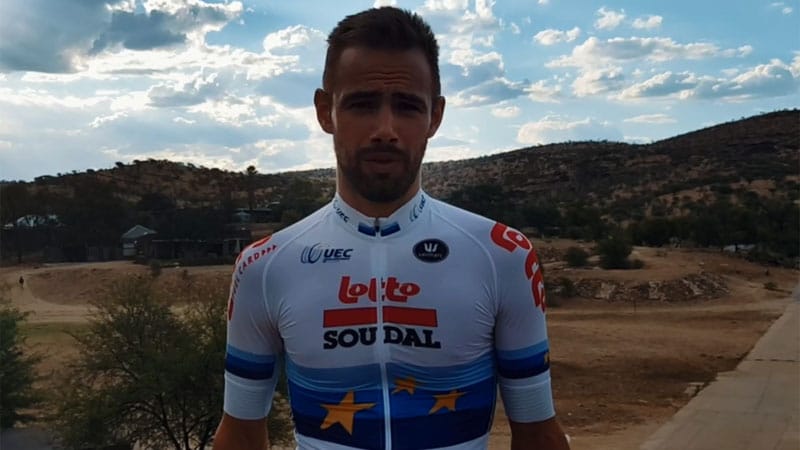 The Union Cycliste Internationale (UCI) is delighted to announce that Belgian rider Victor Campenaerts, of UCI WorldTeam Lotto Soudal, will attempt to set a new UCI Hour Record timed by Tissot on 16 or 17 April this year at the Velodromo Bicentenario in Aguascalientes, Mexico.

Campenaerts is aiming to beat the 54.526 kilometres covered by Great Britain’s Bradley Wiggins at the Lee Valley VeloPark in London (UK) on 7 June 2015.

The 27-year-old Flemish rider has established himself as one of the world’s leading specialists in timed events. A bronze medallist in the Men Elite individual time trial – behind Rohan Dennis (AUS) and Tom Dumoulin (NED) – at the 2018 UCI Road World Championships in Innsbruck, Austria, Campenaerts won back-to-back European titles in the event in 2017 and 2018.

Following the 2018 Worlds, the reigning Belgian champion completed an encouraging trial run at the Vélodrome Suisse in Granges and then travelled to Namibia for two months of altitude training. Campenaerts is due to ride at the Tirreno-Adriatico (13-19 March), a UCI WorldTour event comprising a team time trial on the opening day and an individual time trial on the last. The Lotto Soudal rider will then make the trip to Mexico, three weeks before his record attempt, for which his team is partnering with Golazo – specialist in sports marketing and organiser of hundredths of sports events in Europe – who will bring their expertise and the funding to bear in helping to set the event up.

Discussing his attempt, Campenaerts said: “The world hour record is a unique part of cycling and beating the record would be a way for me to write a little piece of cycling history. In our sport, we are battling for victories but – contrary to for example swimming or athletics – there is no hour record culture, except in this specific event.”

“I am currently on a training camp in Namibia, where I am able to prepare for the world hour record attempt in the best possible conditions. I am very happy that the attempt can take place, that my team Lotto Soudal gave me the chance to take on this project and I want to thank Bob Verbeeck from Golazo for making this possible.”

UCI President David Lappartient said: “I am delighted to see that the UCI Hour Record timed by Tissot continues to generate so much enthusiasm among riders, even if Bradley Wiggins raised the bar very high. Victor is a superb specialist who showed what he is capable of by climbing on to the podium at the last UCI Road World Championships. I cannot wait to see how he fares in Mexico in April, knowing the part that altitude can play in outstanding performances.”