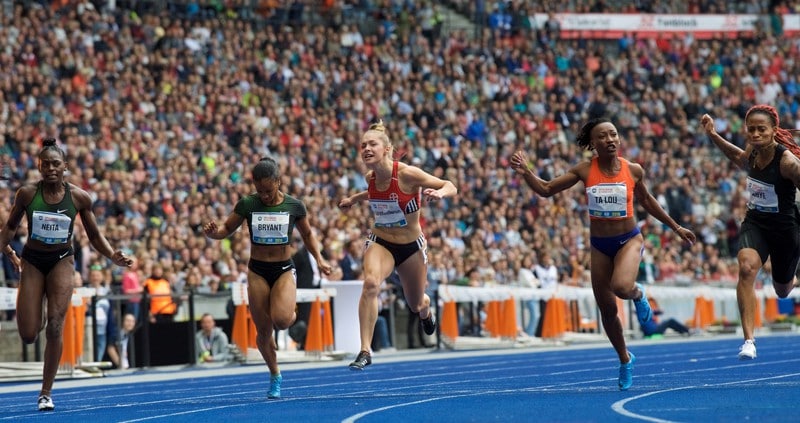 This strategic partnership combines the strengths of two experts in the field of innovative athletics events. The Golazo Group organizes numerous athletics events in Belgium, France, Germany and the Netherlands, including meetings in Brussels (Diamond League) and Liege, the Night of Athletics in Heusden-Zolder in Belgium as well as Cross Country races and Marathons in Rotterdam, Brussels, Düsseldorf and other European Cities. At the head of the Golazo Group is the former Belgian international athlete and Olympian Bob Verbeeck.

Bob Verbeeck: “ISTAF has many aspects in common with our meeting in Brussels. It is also a meeting with great tradition, taking place in a unique stadium with fantastic fans. The best athletes in the world compete alongside national contenders and young talent on the rise. We are delighted that ISTAF and ISTAF INDOOR are now part of the Golazo family.”

Martin Seeber: “Just like ISTAF and ISTAF INDOOR, Golazo stands for innovation and modern presentation of athletics. With this partnership we will strengthen the standing of Berlin as a venue for athletics as well as further developing ISTAF and ISTAF INDOOR to make them even better for the future. ISTAF remains a strong Berlin event with deep roots in Berlin and with strong regional partners. The close cooperation with Bob Verbeeck and his Golazo group is to create a synergy in marketing, raise the international level and further develop the sport’s presentation. Together we are stronger – together we will make athletics more attractive!”

La Parisienne is another event steeped in a long and successful tradition. Early September over 24,700 women took part in the 23rd edition of this Paris city run, exclusively open to women. The seven-kilometre course, with a start and finish at the foot of the Eiffel Tower, meanders through the French capital along the banks of the river Seine and the Champs Elysées.
The event champions the ideal that taking part is more important than winning and as such it has attracted a broad spectrum of female runners.

“Both for Golazo France and for the entire group this partnership is highly valuable,” says Golazo CEO Bob Verbeeck. “La Parisienne is a wonderful event and a shining example of grassroots sports in one of the most beautiful locations in the world. We continue strengthening our activities in Paris and France. In addition, this new step fully aligns with Golazo’s mission to encourage as many people as possible to exercise.”

Golazo France, with offices in Paris and Lyon, is the organiser of the half marathon of Disneyland Paris, manages athletes Renaud Lavillenie, Pauline Ferrand-Prévot and Vincent Luis and also handles the Olympic activation programme for Bridgestone France. Through its Lyon office Golazo France also plays a pivotal role in the market of recreational cycling. Its range of 15 recreational cycling events, including well-known names such as La Marmotte and Les 3 Ballons, attract over 42,000 participants per year.